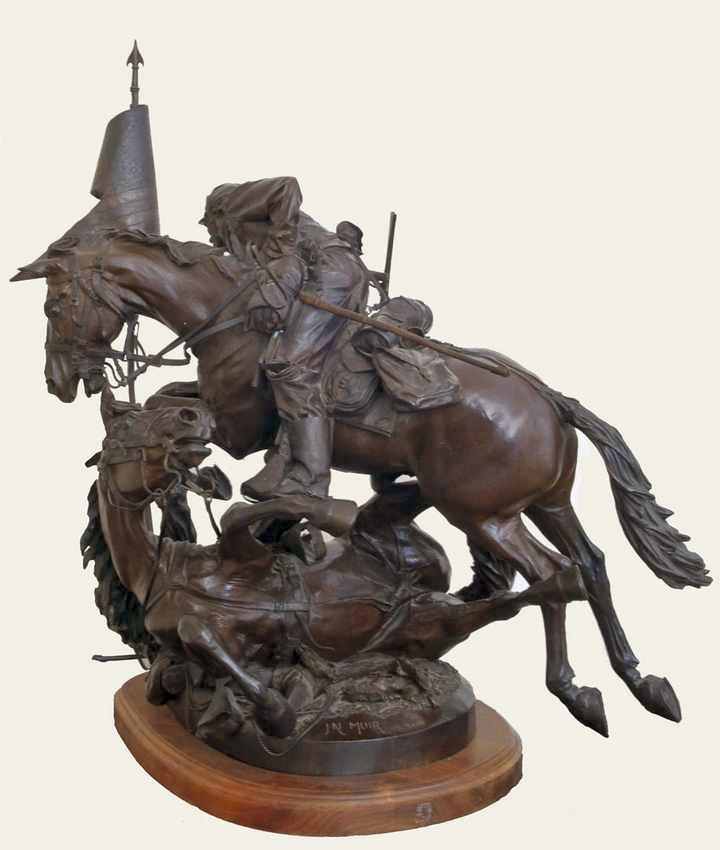 The action depicted in this allegorical sculpture is a classic of human valor in war. In the midst of a Union cavalry charge during the American "Civil War," the flag bearer has fallen. With an effort of supreme will, while pinned beneath his mount, the soldier raises the cavalry guidon-the swallow-tailed American flag-in order that the bold young trooper may snatch it up to be courageously carried onward in the forefront of the battle. Though originally created in 1983, the symbology of this sculpture is even more poignant today, as America faces the greatest crisis in recorded history. Human Liberty and rights hang in a precarious balance. The American Republic, as represented here by the flag is the guiding light of the world. If it falls to the clever guise of tyranny, Freedom's lamp will be extinguished for all peoples, not just our own. The stalwart defenders-the flag bearers-of our Liberty have done their duty well in the founding of this nation and many have nobly fallen in the fight. Yet it is now, when the victory seems almost won that the danger is the greatest. It is now that the new generation of defenders, people of all ages with open and aware minds must charge forward out of the ranks of complacency to grasp the banner of Human Freedom with unbridled fury. If there is to be a "New World Order" it must be one based on human Liberty. For the price of eternal Freedom is, truly, eternal vigilance.

The guidon sergeant is armed with a .44 cal. Colt's pistol and M1860 Light Cavalry Sabre. On his belt is a pistol cartridge box. He wears the Cavalry issue shell jacket, mounted trousers with 1 inch Sgt. stripe, early buff leather sabre belt and issue brogan shoes. The trooper is similarly armed, with the addition of a M1863 Sharps Carbine and cartridge box on his harness leather sabre belt and carbine sling. His hat insignia indicates Co "I" and his boots are the Federal issue for the Cavalry. (Note: most cavalry were issued brogan shoes rather than boots.)

Additional equipments and accoutrements include: Overcoats rolled on the pommel, bed blanket on the cantle, canteen, haversack, tin cup, nose bag (containing brush and curry comb and watering bridle,) and, on the Sgt.'s horse, a non-issue breast collar. Normally, if a unit knew well in advance that they would be going into an attack, much of this excess baggage would be left behind to be picked up afterwards. The flag is the cavalry swallow-tail version of the thirty-five star American flag. 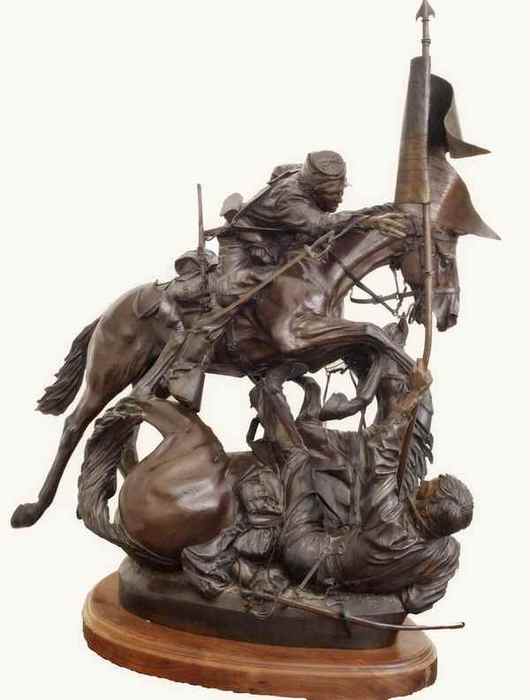 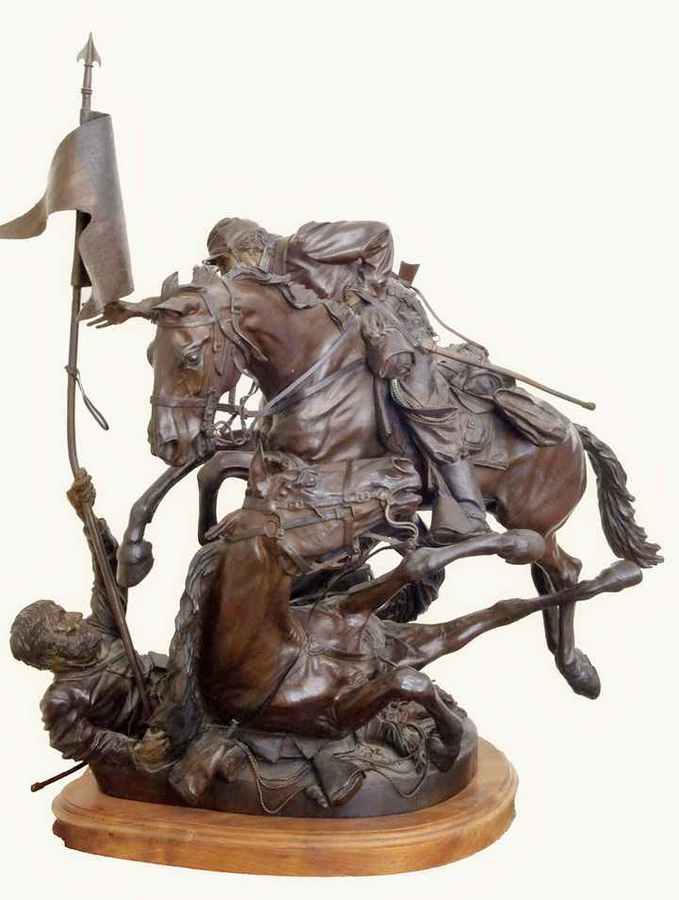