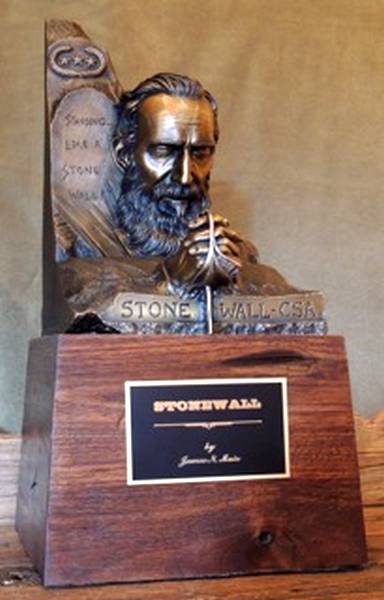 The American Civil War divided our country 150 years ago and forever changed U.S. History. Few Americans today remember these battles on American soil that changed who we are and what we are.

In 1861 at Bull Run “Stonewall” Jackson won his name early afternoon. Meeting General Bee’s troops retreating in increasing disorder, he advanced with a battery to the ridge behind the Robinson House and held the position until Bee’ troops had rallied in his rear. “Look at Jackson standing there like a Stone Wall” was the sentence that gave birth to his historic “nickname”. It was General Bee who uttered these words...

May 10, 1863 Thomas J. “Stonewall” Jackson died of pneumonia following the battle of his greatest victory “The Battle of Chancellorsville.” He died as he had wished, on the Sabbath, with these last words: “Let us cross over the river and rest under the shade of the trees.”

It was 150 years ago, that our country incurred over 30,000 casualties in a Civil War Battle that ended with both sides on the same sides of the Rappahannock River as they had started. Should we just forget this part of our history, or is there something to be learned here?