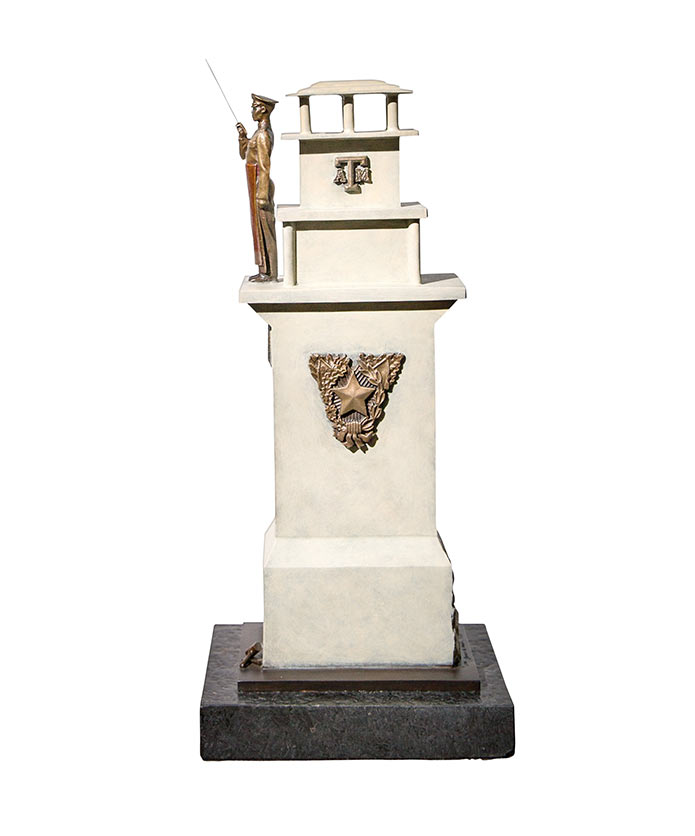 Artist’s Statement: The “6 Core Values” cenotaph is an allegorical depiction representing perfecting the excellence of character in the A&M Graduate.

A limestone tower of character, built upon the “solid rock” foundation of granite, stands as a Cenotaph in Memorium to all the Texas A&M/AMC graduates who have shaped their lives by the guiding principles of the “6 Core Values.”

Rising twenty-four feet high, for the twenty-four hours of every day, the edifice begins with the rough surface of raw character – the “rough ashlar” of the stone mason/sculptor being gradually worked and refined to become the geometrically “perfect ashlar” upon which shines the emblem of Texas A&M. This block of perfected character is, itself, directly supported by the “Tradition” block of those who have gone before and since been scattered to the four corners of the earth, as indicated by the four corner columns. In turn, the perfect ashlar of character supports the six columns of the “Core Values” standing in unity to uplift the ultimate three-tiered “capstone” of perfection of Body, Mind, and Spirit. In all there are twelve levels to the tower representing not only the twelve months of the year but also each has its own symbolically specific dimensions and shapes relating to life’s journey.

On each side of the Cenotaph tower is a bas-relief of the respective emblems of the A&M ring with the center Seal on the front. Beneath the Seal are chiseled the “6 Core Values”: RESPECT, LEADERSHIP, INTEGRITY, LOYALTY, EXCELLENCE, SELFLESS SERVICE. Above proudly stands a member of the elite Ross Volunteers, in a dress uniform with distinctive red sash, offering a sabre salute in RESPECT for the noble Values and Tradition of Texas A&M. 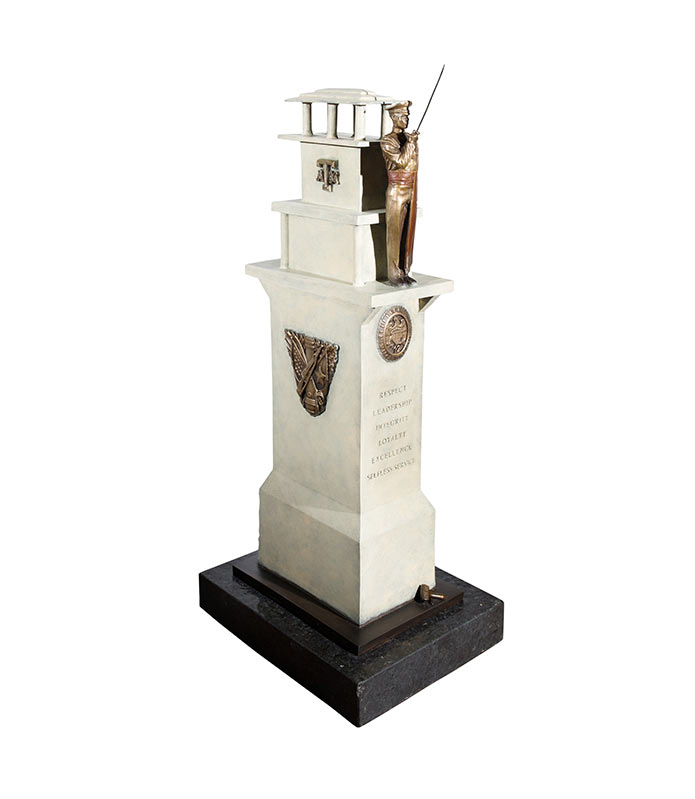 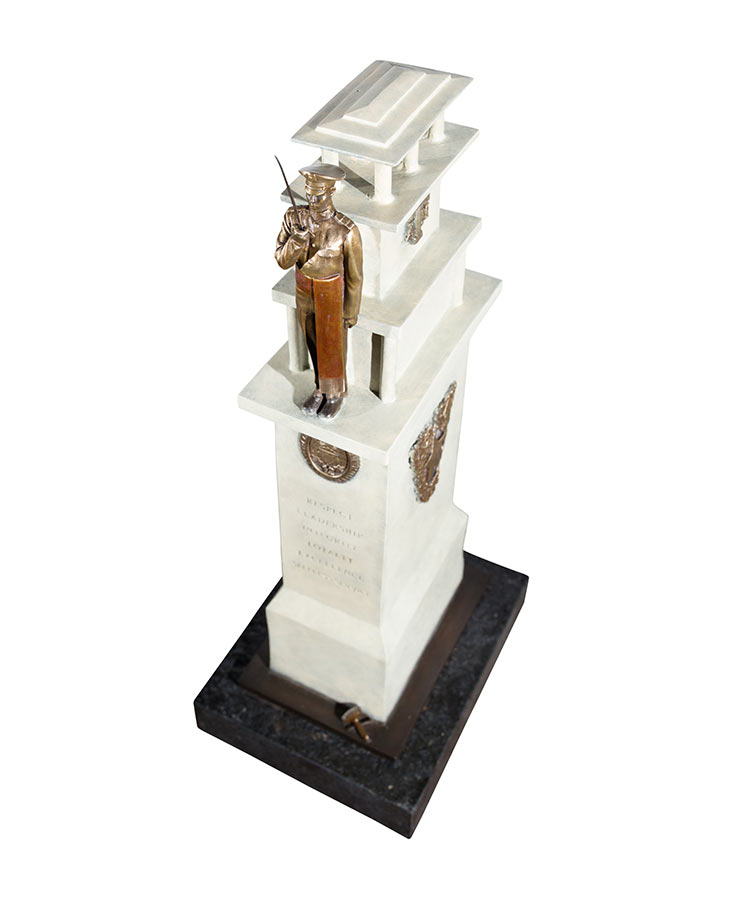 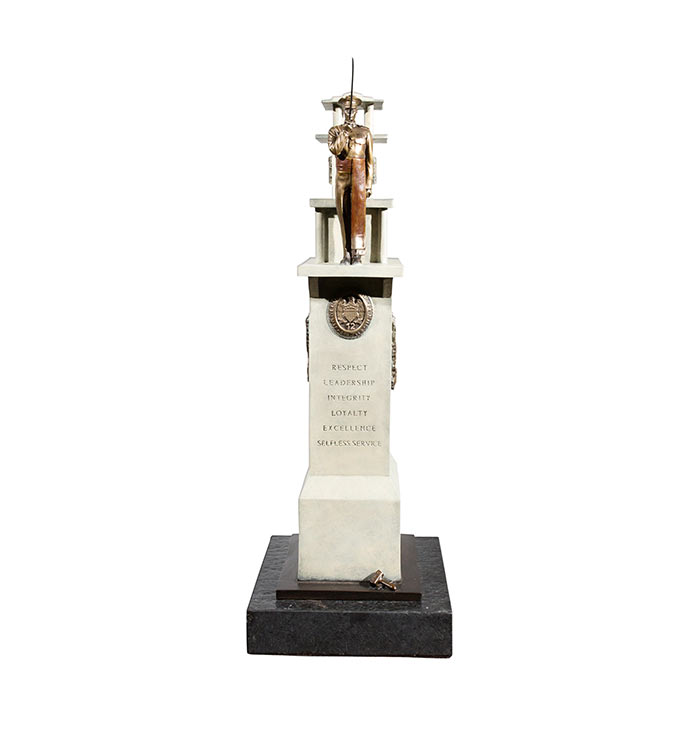 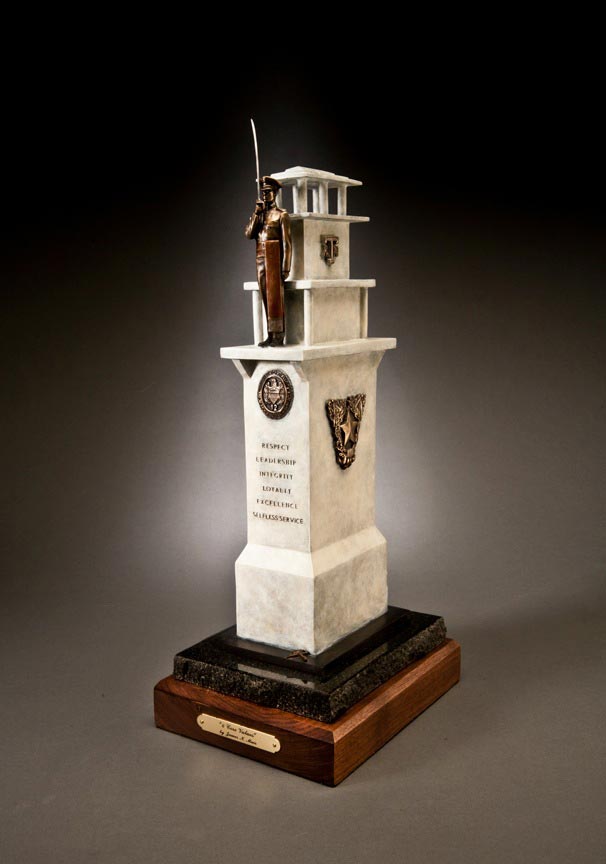 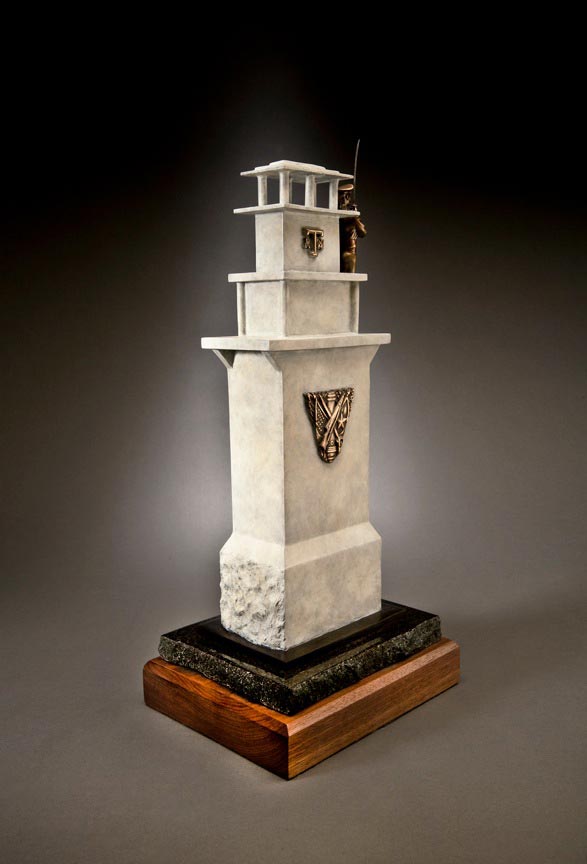 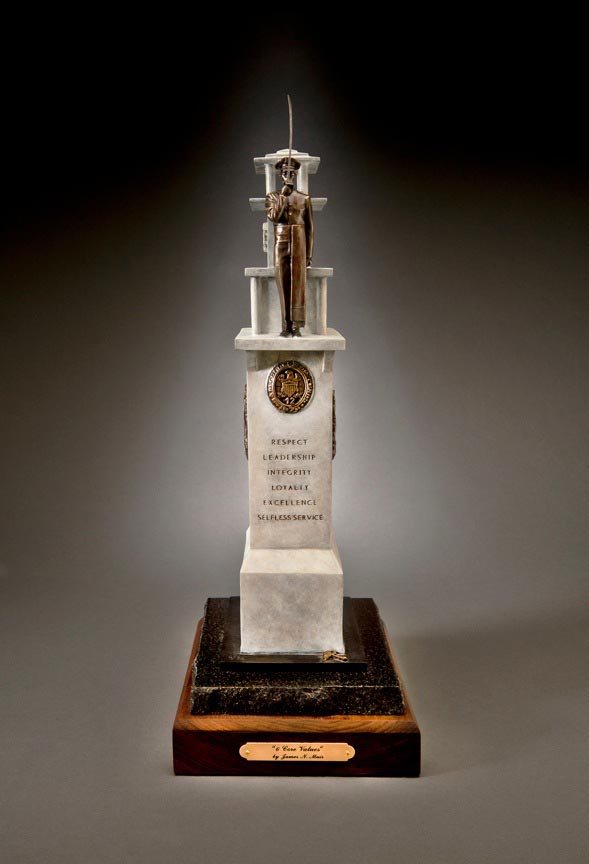