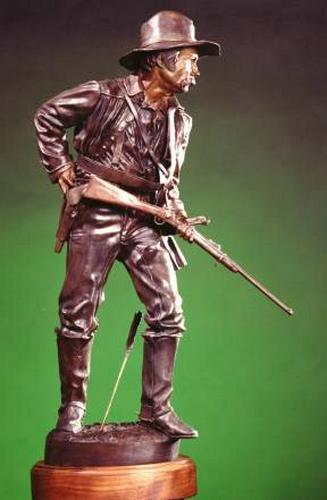 "On The Skirmish Line"

When called upon to fight on foot, every fourth man of a set of fours would hold the other three troopers' horses and lead them back out of firing range. The dismounted men would form a "Skirmish Line" at 6-9 foot intervals.
This bronze depicts a trooper fighting on the line in the mid-1870's. He is wearing the M1872 pleated blouse and folding campaign hat. He is armed with the 1873 Colt SAA .45 cal. Revolver and 1873 Springfield carbine with the carbine cartridges carried in a modified Civil War sabre-belt..

His steady eye and coolness under fire prove him to be a veteran. 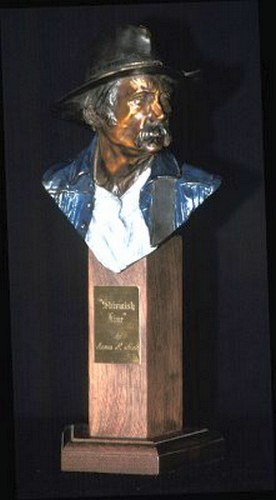 "On The Skirmish Line"