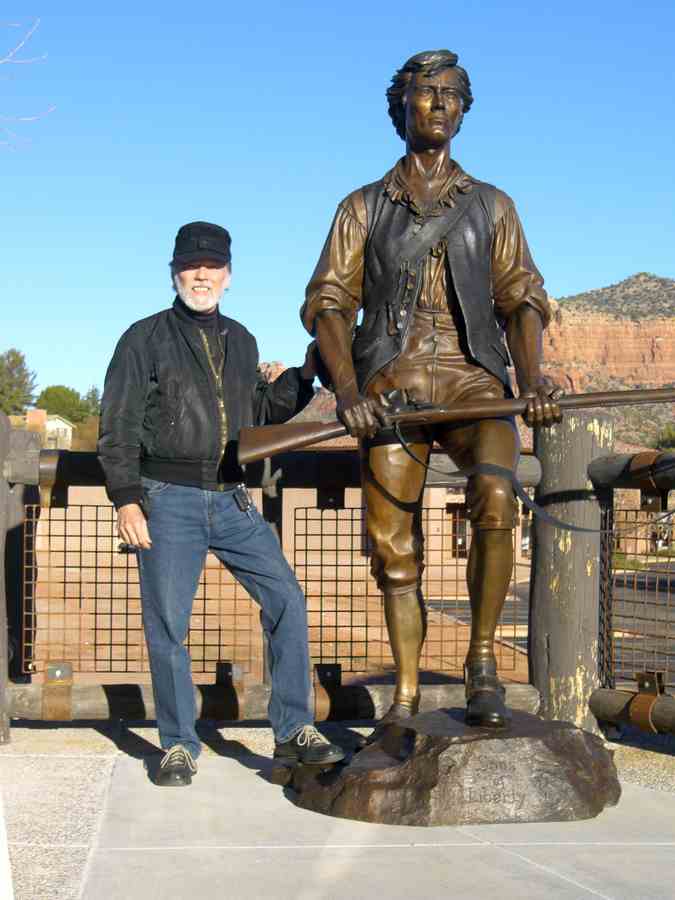 Dedicated to the modern-day "Minutemen" who are keeping watch.
"The price of Liberty is eternal vigilance"

The original citizens Militia were first organized by towns, then counties and then by colonies. In the long tradition of American independence, everything had its foundation at the local level of the individual. From the times of the Indian troubles, each local company had within it a contingent of “minutemen” who were required to be fit and ready “to take up arms at a minute’s notice.” In addition to these para-military citizens’ groups were those patriots of the political movement whose purpose it was to gain and protect Liberty at all levels within, and without, government by peaceful means wherever possible. The sum total of all these freedom-loving and courageous individuals called themselves “Sons of Liberty.”

On April 19th of 1775, these Sons of Liberty, at all levels, were called into action with notice of the British advance to capture the colonial arms and supplies stockpiled in Concord, Massachusetts. Confronted in their march by the “minutemen” standing fast against them on Lexington’s green, the “Shot Heard Round the World” was the opening knell for the American fight for Liberty and bought enough precious time for the militias from the surrounding towns and colonies to muster and arrive in serious numbers to thoroughly repel the “invaders” at Concord bridge and drive them in complete rout back to their lairs in Boston.

“Sons of Liberty-1775” by James N. Muir depicts a typical Colonial Militia citizen-soldier on that date, the original “Patriots’ Day” of 19 April 1775. The sculpture is historically authentic in every regard as to arms, accoutrements, clothing and hair style. He is carrying a captured 42-inch barrel “Short Land” Model 1740 British Musket adopted in 1765 to replace the earlier 46-inch first model “Long Land” or “Brown Bess” (which is depicted in the maquettes of “Sons of Liberty-1775). Powder and ball were carried either in a powder horn and pouch or preferably, as depicted, in the more military cartridge box in the form of pre-made paper or linen cartridges. A vent pick and frizzen brush hang handily from his vest.

He stands “rock solid” in the path of Tyranny in any form. 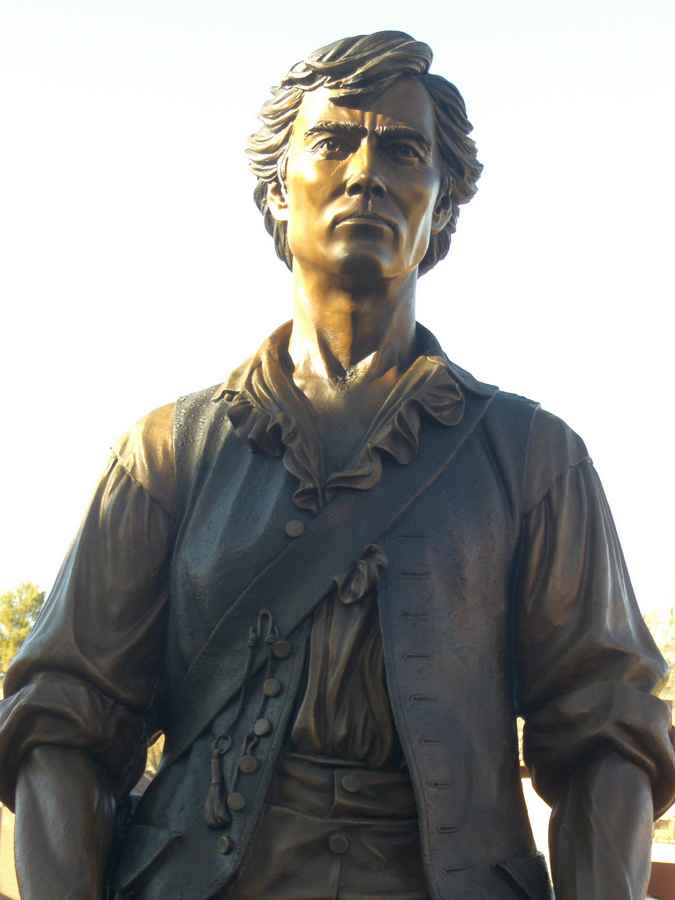 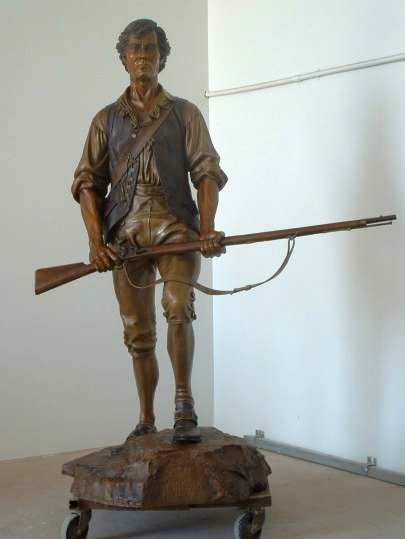 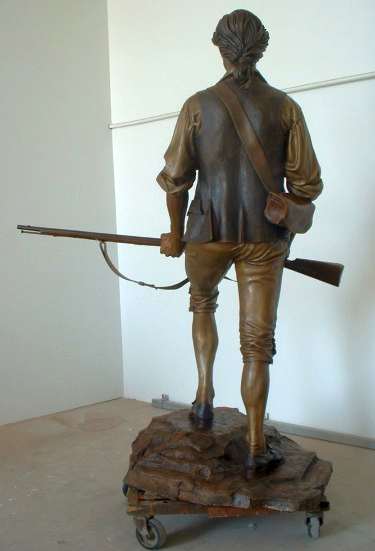