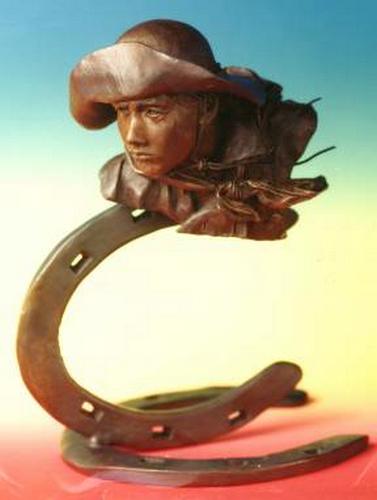 From April 3, 1860 to October 19, 1861 there occurred perhaps the greatest continuous test of human and equine courage and endurance in American History. Young men, many still in their teens, rode the Kentucky Thoroughbreds and California Mustangs of the Pony Express in relays between St. Joseph, Missouri and Sacramento, California.
Though armed originally with a Sharps carbine (and a few prototype Spencers,) one or two Colt's Navy pistols and a knife these weapons mostly gave way to a more dependable reliance on the rider's wits and the "pony's" speed for safety. Instructions were "not to fight but to run." Pride came from getting the mail through and on time.

To itemize the incredible feats accomplished and danger endured would require volumes to do justice to the riders and horses whose courage and fortitude will forever stand unparalleled in the annals of history.